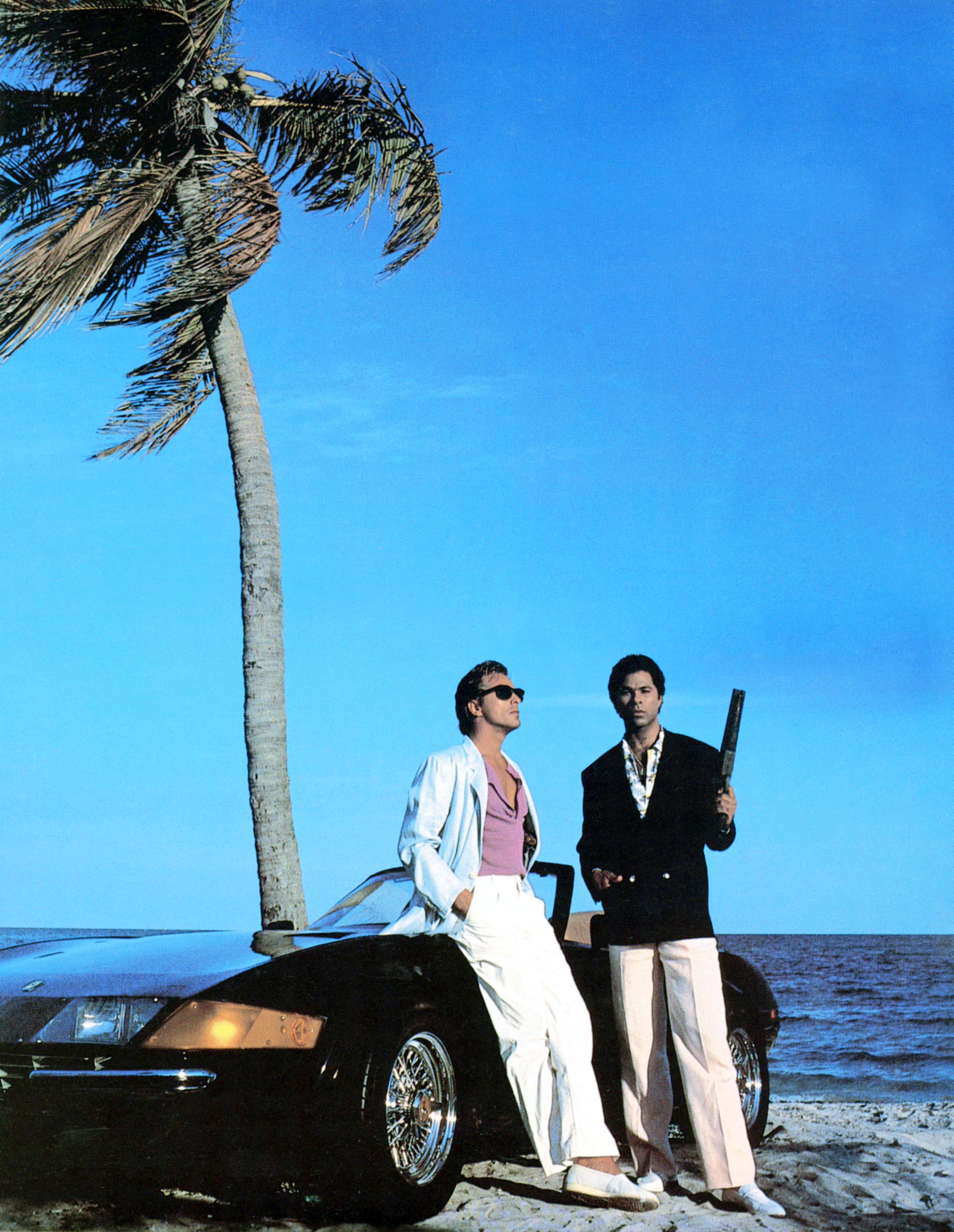 Crockett and Tubbs cut quite a dash fighting Miami’s drug lords in the 80s. It was a crime in itself to look that good and drive cars that great while trying to catch Florida’s underworld. Even if they were fighting an uphill battle, professionally and emotionally – “Everything takes longer than you think”. We’re with you Tubbs.

Ok, some of those shoulder pads were a bit questionable, and as the 80s waned the fashions became a bit of a joke. The expensive cars they drove could be bought for a song a decade later and Crockett and Tubbs became comedy sketch fodder.

But in recent years the glamour has returned. Sockless shoes, Gold láme, pastels, Wayfarers and even shoulder pads! The Miami Vice vibe is back and so are the cars.

The Daytona may have been a replica but who could really tell, or even care when blinded by such an array of 80s iconic metal (and fibreglass).

I feel all feverish.

The list goes on. Check out the movie below for a reminder of what all the fuss was about.

We can’t condone the drugs and violence, but wear the clothes, drive the cars and live the 80’s dream. Miami Vice style.

“People in stucco houses shouldn’t throw quiche”. Thanks Crockett, we couldn’t have said it better ourselves.