Home / Bits and bobs / Vauxhall. Oh, what might have been.

The London Motor Show 1970. The Vauxhall stand is getting a lot of attention. They are launching their latest model, the new HC Viva – an updated version of their small, boxy family car and it’s showing off some styling tweaks. But this isn’t what is drawing the crowds.

In 1970 Vauxhall unveiled their new prototype: the Vauxhall SRV Concept. The SRVs styling was light years away from the good old Viva and made the latter seem like a relic in the presence of ‘things to come’.

The futuristic SRV (Styling Research Vehicle) project was ran by Wayne Cherry who wanted to push the boundaries and create a four seater sports car – taking inspiration from the long-tailed Le Mans’ cars of the time. Also, the Lamborghini Espada had just been announced and 4 seater sports cars looked set to be all the rage. 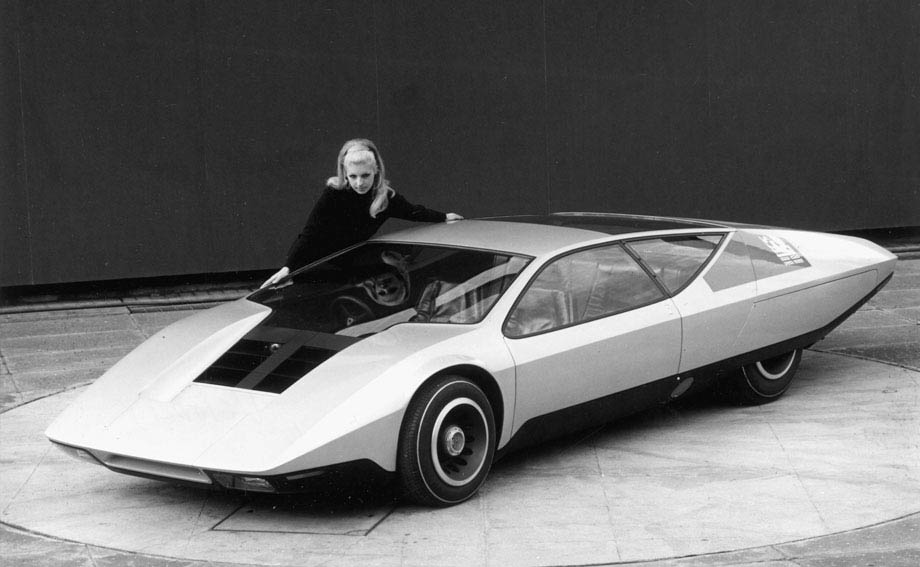 As with most concepts, practicality was thrown out of the window and the SRV was given its fair share of mad (or genius) styling features. The glass-fibre body featured movable panels to aid aerodynamics. Huge front doors and driver instruments that swivelled out of the way gave easy entry for those in the front, while hidden gullwing style doors opened up for Flash Gordon’s mates in the back. Front seats were fixed but the pedals, steering column and front seat rake were all adjustable. Dials galore were positioned on the lip of the engine bay to collate the air pressure to move fuel between tanks (aiding better weight distribution), monitor turbo chargers and exhaust gas temperature. Headlights were positioned just below the windscreen behind retractable louvres.

The flat-capped drivers of the 70s couldn’t believe what had just landed. And more shocking still, that it landed with a Vauxhall badge. With acclaim ringing in their ears the boys from Luton seemed to develop a taste for creating crazy prototypes and followed this up with the even more striking XVR.

It’s a shame Vauxhall didn’t stop dreaming of sports cars and start building them. It wasn’t until 2000 that they eventually entered the sports car market with the Lotus-based VX220, but by then it was probably too late for them to be taken seriously as a sports car manufacturer. Although the VX220 was considered better value than the Lotus and was Top Gear’s Car of the Year in 2003, it just lacked the sports heritage. Oh, what might have been.